Skip to content
Hangry Cooking Terms Dictionary How to Deglaze and what does it mean to deglaze when cooking? 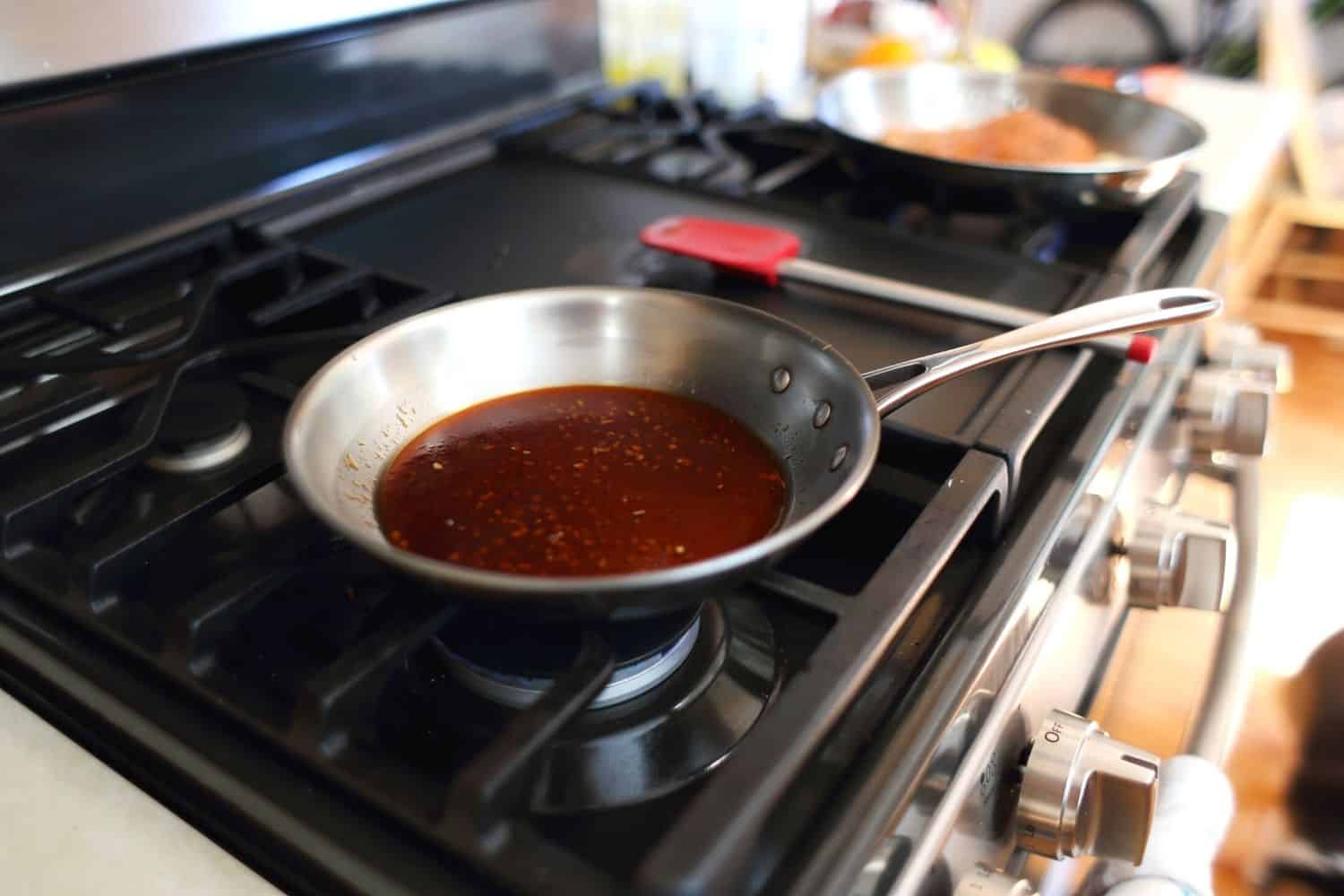 How to Deglaze and what does it mean to deglaze when cooking? Image credit: AdobeStock by Peter Kim

If a recipe instructs you to “Deglaze” it is referring to adding a small amount of liquid to the browning residue in a pan.

To deglaze a pan is a cooking technique where a small amount of liquid is added to the browning residue in a pan to add extra flavouring to sauces, gravies, etc.

This method is mostly used when cooking meat. When meat is being cooked, a combination of natural sugars, proteins, and carbohydrates form at the bottom of the pan. It is these browning food residues that, when cooked down with liquid, forms the base of a sauce.

Usually, the liquid that is added to the residue is water-based. Vegetable or beef/chicken stock is the go-to, however, wine or a spirit can also work well.

Do not use any dairy-based product to mix in with the food residue. Dairy tends to curdle when added to high heat.

Deglazing can be used when cooking vegetables, however, it is not that common. The reason being that vegetables normally don’t produce that much sugars or fattiness. A good example is caramelised onions since onions have lots of natural sugars.

We have given an example below and it is probably the most popular reference to deglaze in recipes.

Watch How to Deglaze a Pan